Children are filled with curiosity and astonishment as they discover the world. They ask their parents and later on, their teachers, colleagues, and  friends. What’s this? Why is there this and that? Anyone who deals with children knows these questions: Why? How?

The question „why” moves people all throughout their lives: Why do I exist? Why me of all people? Where do we come from? Where are we going? Why does this happen and not something else? Why did I meet you of all people? Why did you turn to me?

However, there is no reason for everything. Not everything can be easily deduced. Some incidents just happen. They happen, occur, devolve—like encounters that have not been planned, that could not have been adumbrated, that just happen. They can change people’s lives, sometimes in an instance. They can even change humankind’s ways. They are intangible and unobtainable.

There are also incidents that are only said to be „intangible,” fateful, although they are not. The financial crisis, for example, the climate change, or hunger, and poverty in the world. They do not come from the beyond, they are human-made.

Therefore, we need the „gift of differentiation”: What can be influenced by our thinking and acting? And what happens without us „doing” anything? What is really intangible, beyond our reach? 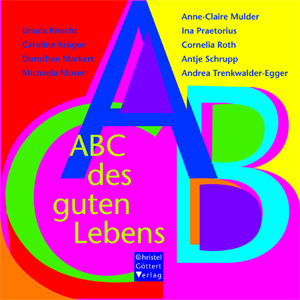